Technical meeting on the development of the olive oil MED Cluster 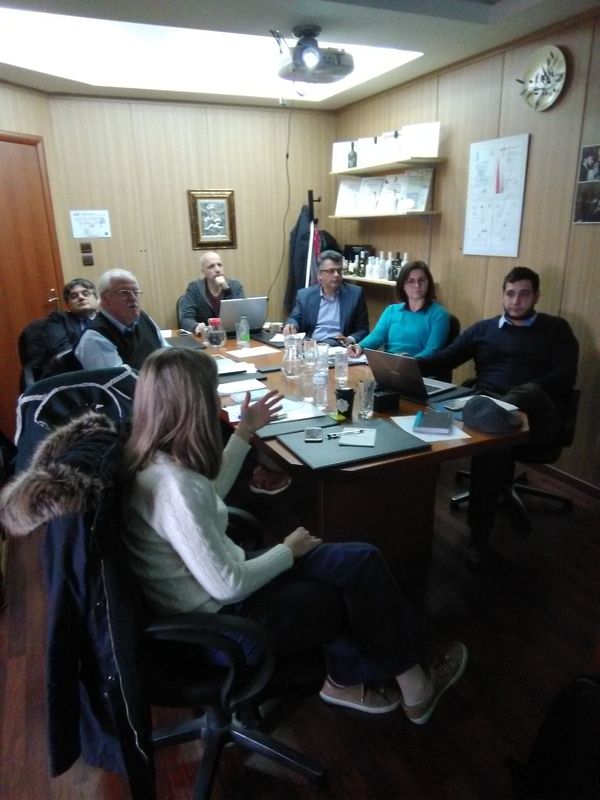 Following the 4th SC in Malaga, Spain, the WP5 leader, Svi.med (Italian partner), the lead partner, Efxini Poli (Greek partner) and University of Split (Croatian partner), who had developed a relevant proposal agreed to meet on the 14th January, discussing the development of the olive oil MED Cluster.

The need for this meeting stemmed from the identified importance of ensuring that producers and other stakeholders affiliated with Aristoil, will continue benefitting from the project after its completion, marketing their products internationally, contributing to research and networking effectively.

The meeting took place in the EGTC EP office in Athens, Greece and started with a discussion on the scope, aim and structure of the MED Cluster. The main aim of the MED olive oil cluster was established, agreed on by the parties present and will be open for consultation by the rest of the partners. Thus, the aim is for producers and stakeholders, involved in production and distribution of high quality health-protecting (due to elevated polyphenol concentration) olive oil, to improve their products and achieve a commercial advantage and benefit financially. As a result, it was proposed that the MED Olive Oil Cluster calls for the existence of a certifying or accreditation organisation, which will take into consideration all stages prior and post harvesting, with traceability and standardization mechanisms. A protocol of cooperation among olive oil actors will be produced by Svimed in cooperation with EP and UNIST during the following months and after a consultation stage between all partners, it will begin being circulated among associated olive oil sector actors and producers. For the networking of all stakeholders, consultation and dissemination purposes, a MED Cluster e-Hub will be created and will be maintained by the Aristoil project after the project’s completion.