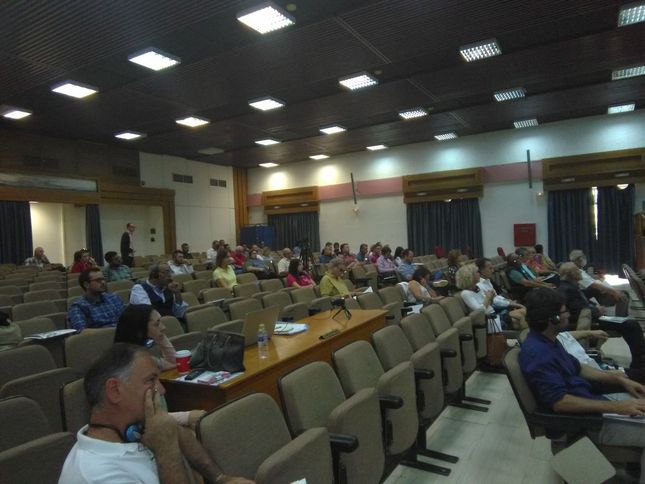 The International Networking Event for the development of the ARISTOIL Cluster, hosted by the Region of Peloponnese, took place in Kalamata, Greece on the 22nd October 2019.

The agenda included speeches and presentations from Greek MPs, representatives from regional and municipal authorities, renowned scientists, specialists in the field of olive oil production and project partners. Olive oil key players from all partner countries were invited and attended the event. Event participants had the opportunity to learn about the innovative approach to olive oil production, the results from analysing thousands of olive oil samples from Greece, Croatia, Cyprus, Italy and Spain, as well as the training and transferring activities carried out in all partners countries.

During the afternoon workshop, participants were invited to discuss, express their opinions and provide feedback for the development of ARISTOIL cluster. Questions posed by workshop participants covered a wide array of subjects, such as different aspects of olive oil production and poly-phenol analysis, certification, their participation in the ARISTOIL cluster and the international geopolitics of olive oil production.

The event took place one day after the Steering Committee meeting, which was hosted by EGTC Efxini Poli also in Kalamata (21st October). Olive oil key players who travelled from abroad to attend the International Networking event were also invited to join the ARISTOIL SC to the technical visit, typically organized after every project SC meeting to olive mills and orchards in areas key for olive oil production and the project. Participants had an opportunity to participate in a guided tour of The Museum of the Olive and Greek Olive Oil in Sparta, followed by a visit to one of the most technologically advanced olive mills in the area, Sparta Gourmet and a visit to the ARISTOIL mobile olive mill, during production. The meeting and networking event closed with an invitation to the Olive Oil Festival planned for January in Greece for the establishment of the ARISTOIL Cluster.